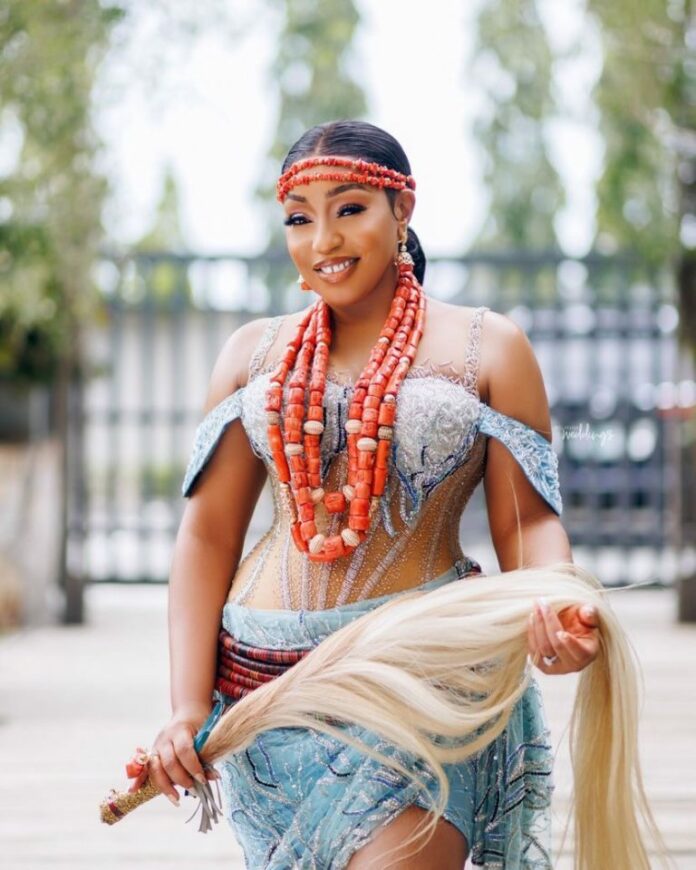 Veteran movie star, Rita Dominic has broken her silence after reports of her welcoming a set of twins with her husband, Fidelis Anosike in the United Kingdom (UK) served rounds online.

Rumors had it that the movie star birthed her kids in the early hours of Wednesday, 21st September and they (Rita and her alleged twins) were both in perfect condition which caused congratulatory messages to pour in from various corners.

However, taking to her verified Twitter handle a few hours ago, Rita Dominic dismissed the report as fake. The script interpreter shared a GIF that showed a man holding a paper with the words “FAKE NEWS” boldly inscribed on it.