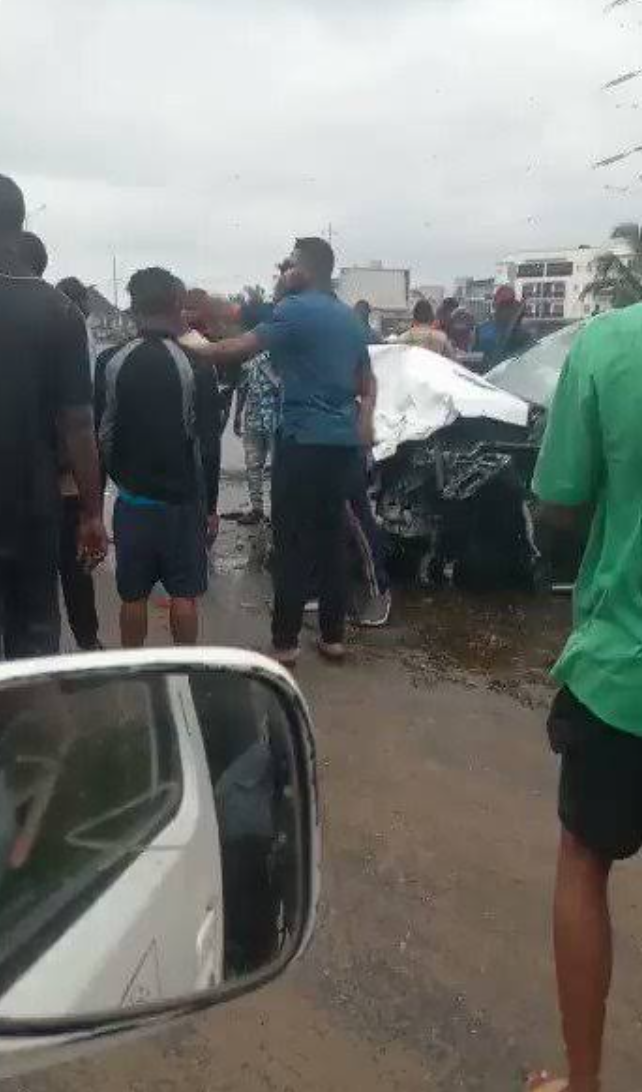 Sabinus was involved in a ghastly auto crash but the skit maker says he’s unhurt and well.

A video of the singer standing by the roadside close to what is believed to be his vehicle surfaced online on Sunday.

As seen in the now-viral footage, the vehicle suffered significant damages, with its bonnet visibly crumpled.

A couple of police officers could also be seen surrounding the scene as pedestrians quickly gathered in shock.

Although information surrounding what transpired is still sketchy, it was said that another road user had rammed into the comedian’s vehicle while the latter was driving home from a personal function he had just attended.

In a monologue recorded after the crash, a disturbed Sabinus is seen reassuring fans of his physical safety.

“You know I don’t bring my things online. When I bought the car, I didn’t even post it. This is my first time having an accident. Another car suddenly entered my lane,” the comedian could be heard narrating in Pidgin English.

“God is in charge. We will get a new car”