I don’t regret my actions, I have wife, children, cars and beautiful ladies around me, says Portable after Headies disqualification 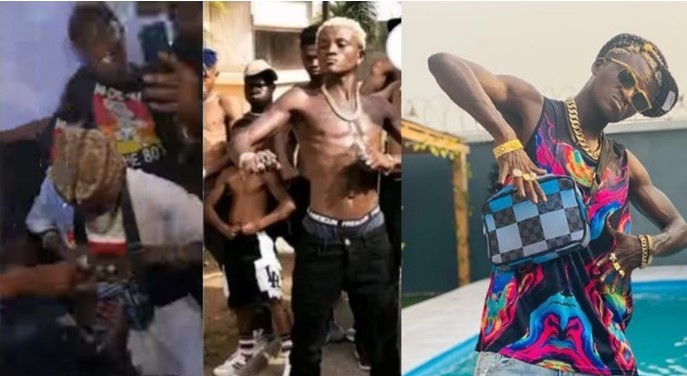 I don’t regret my actions, I have wife, children, cars and beautiful ladies around me, says Portable after Headies disqualification

Habeem Okikiola, the controversial singer better known as Portable, has reacted to his disqualification from this year’s edition of The Headies.

In May, the ‘Zazoo Zeh’ crooner was nominated for the ‘Best Street Artist’ and ‘Rookie of the Year’ categories.

In the ‘Rookie of the Year’ category, he was expected to compete with Av, Fave, Magixx, and Ugoccie.

For the second category, he was pitted against Bella Shmurda, Mohbad, Naira Marley, and Goya Menor among others.

Shortly after the nominations were unveiled, Portable claimed his co-nominees at The Headies are no match for him.

He also threatened to kill anyone who wins any of the categories in his place.

In its reaction, organisers of the awards threatened to disqualify him if he failed to retract his statement and issue an apology on his social media pages.

The singer, thereafter, apologised for his “unguarded utterance” which he said was harmless.

But on Tuesday, the award organisers announced the disqualification of Portable because he is “a subject of an investigation relating to criminal activities.”

A few hours after he was disqualified from The Headies 2022, the singer took to Instagram to disclose that he doesn’t regret any of his actions.

“I am a child of light. I have fame, I have money, I have cars, I have wives, I have children. I am rich. People know me everywhere. I don’t regret my actions”, the singer said in a video.